“Mom, you go first,” she said with confidence.

So I did, and as I looked back at her, I knew times were a-changin’.

The weather was beautiful and the snow was perfect. The slopes were glistening and we were skiing together as we had for the past 25+ years. This year’s ski-adventure started out like all those that preceded it. We arrived at the lift-line a few minutes prior to opening. We secured boots, strapped on helmets, slid on gloves, and clicked into our skis. Moments later, we hopped on the first lift and headed up the slopes. Throughout the initial ride, we chatted briefly about our ski-history . . . the times we had been together on this particular lift . . . the weeks we spent as a family skiing . . . all of the traditions of the past. We smiled because here we were doing it again – skiing for a week, and it was only day one.

Over those past 25+ years, I have learned that she prefers skiing in wide open spaces, in light fresh powder, the faster – the better. Steep downhills don’t phase her, nor does skiing over ice in cold, cold weather. In fact, she is an excellent skier – with the skill and ability to maneuver most any terrain.

At the top of the slopes, we plotted out our first runs – something a little easy to start the day. And for the first hour or so, we traveled back through some of our favorite ski-haunts – pushing powder here and there – gliding and sliding – laughing and chatting.

Finally, we decided to move on to bigger and better runs – something a little more challenging. With the snow conditions perfect and the sun shining, we opted to head to up to the top – to the summit – to see the sights and ski with gusto. A smooth six-person lift took us up. Once off the lift, we stood in awe of what we could see. We were slightly above the treeline – and the Rockies stretched out in front of us for miles and miles and miles.

And there we were paused – looking, watching, thinking – with the feeling that we were standing on top of the world. What we could see was so spectacular that skiing itself took a backseat to the scenery surrounding us. During that moment, time just seemed to stand still with the only sound heard best described by Robert Frost as “easy wind and downy flake.”

“Mom, you go first,” she said with confidence.

The slope in front of us was actually a little dicey. Most of the snow at the top had blown off so we were starting out on ice. The second section had been well-skied by others, creating a few navigable moguls. Oddly enough, 500 feet from us, the ski patrol was assisting a young man who looked like he had an unfortunate meeting with a nearby tree. The final section would take us through glades and glades of evergreens until the run flattened out near the bottom.

Skiing is an interesting sport. Any great resort will have terrain for everyone – accommodating both beginners and experts and everyone in between. Most runs have an easy way to the bottom and a challenging, more exciting way as well. Skiers judge their own ability and choose their own paths.

Throughout our ski history, we have always skied following a simple rule – an unwritten and an unspoken one – but a simple one. The strongest skier goes last. If those in front of the last skier encounter challenges beyond their abilities, that strongest skier is a tremendous asset – having the skills to not only self-navigate, but to help navigate others when necessary.

In past years, more often than not, I was the last skier. There were many times when I hauled my children out of ski-misadventures – following them down slopes that were well above their abilities, chasing them down paths through snow-covered trees, fetching runaway skis, and pulling them out of piles of snow after a fall. The last skier.

But with those four simple words, I knew that the times were a-changin’.

I glanced back and saw her standing, confident and proud. She was perched just a few feet away from me and used her ski pole to casually point towards a solid direction that we should take. I nodded equally as casually and pushed myself slightly over the icy start.

The only sound I heard at that point was the swish of my own skis. I knew that she was waiting above me – as I had done for her so many times before – patiently and appropriately, making sure that I wasn’t going to encounter any problem or challenge. It was her turn now and my turn to let her have a turn.

Out of the ice, I hit the short section of moguls, and headed for the trees. I stopped for a brief second and heard snow spraying off of her skies when she stopped immediately behind me. Though nothing outwardly had changed – we typically stopped throughout any ski run, just for fun, laughing, resting, smiling – inwardly much had changed.

Everything in life has its own season, and though my initial response was to delight in seeing her move into a different one, it was also about delighting in my movement as well. I now had another person in my life who was following and watching over me, someone to follow me through my misadventures and fetch my runaway skis. It was the changing of the guard in a part of my life, and all I could think about was all the crazy-fun that would lie ahead for me and for her.

We finished the run with little to no fanfare – which is great when skiing – and hopped right back on the same lift to experience it – one more time, again.

The You Go First Moment

I am solidly old-fashioned.

Nothing better to me than a sharpened, yellow number two pencil and a spiral bound notebook.  I like the Slinky, red lifesavers, manual umbrellas, shredded wheat, PF Flyers, and acoustic guitars. I would rather watch a good episode of Leave It to Beaver followed by Mister Ed and Ozzie and Harriet than any of today’s new-fangled reality TV shows.    I buy a new broom at the local broom-corn festival each year and use it to sweep the garage floor over using an electric shopvac to complete the same task.  A month ago, I bought a case of glass bottled SKI soda – an old-fashioned thirst quenching classic.

Old fashioned stuff is durable.  I have owned . . . and I still use . . . the same grey metal, non-mechanical three hold punch gadget since the late 1970s.   I am not saying that I use it daily, but it hasn’t collected much dust over the years, and it’s in perfect condition.  And forget the all-in-one Black and Decker laser level that has twenty additional functions beyond maintaining a straight line, my household is the proud owner of a 30-year-old red three-foot steel version.  It’s just a level – no bells and whistles – that has been dropped off many ladders, left out in the great outdoors for days, and often lost in a crowded garage.  Yet, it still works.

Proudly, I have only owned one rolling-pin though I have owned several kitchens; I have had the same key ring for a couple of decades; and, I am a one jewelry box per lifetime type of gal. Keep in mind that all of this has nothing to do with being frugal.  It has more to do with just liking things they way they were. Old-fashioned.

Same for my language.  Sure, I could use all of the latest and greatest lingo, including the more salty versions of yesterday’s banned language.  But, I still stick with the tried and true slang that has helped to get me to this point without too much trouble.  Groovy, righteous, awesome or bumble head, holy guacamole, yikes – multipurpose old-fashioned words that seem to fit well into all kinds of conversations.

And I have found that old-fashioned almost always equals crazy funny.  One of my relatives fixed and ate a fried bologna sandwich at my house recently.  For those of you who have not had the experience, fried bologna is an ancient delicacy first created by . . . probably Mr. Oscar Mayer himself in some long ago century.  Thirty seconds in a skillet, paired with white bread and catsup, this sandwich is a comedic display of old-fashioned in motion.  It is a chuckler!

And no game is as crazy funny as good old-fashioned Spoons.  Honestly, I have played several of today’s XBOX/WII/KINECT 3D video games, and they are fun.  But, Spoons!!! Played with a deck of cards, a handful of spoons and a bunch of crazy funny relatives, this game reaches deep into the crazy funny well. No laughs greater than when full-grown kissin’ cousins jump over a table to pull coveted spoons out of challengers’ hands during a family ‘friendly’ version of this game.  Another old-fashioned chuckler.

I often tell myself that I don’t understand the lure of the old-fashioned for me . . . that this old-fashioned fascination is a mystery.  But, when I really think about it, I know for sure that the draw towards old-fashioned isn’t simply due to a preference for card games, or food, or language, or frugality.  It’s more than that.

With every generation, there seems to be a strong penchant for change . . . from clothing styles . . . to modes of transportation . . . to energy sources . . . to an endless list of activities and items that have been reinvented, improved, changed.  Life today is significantly different from life in any other moment in time. Certainly, almost all changes have  been positive and welcomed and for the betterment of all humankind.

Yet, there is a part of life that I believe should remain constant . . . a part of life that should be considered a masterpiece, a part that should somehow be exempt from change.  Certainly that includes the lapping sounds of the ocean waves and the majesty of the highest mountain peaks.  It includes the freedom enjoyed by animals in the wild and the beauty each year of summer, fall, winter, and spring.  It includes quiet skies and peaceful meadows.  I know it includes the brilliance and genius of those who have gone before us along with the brilliance and genius of those who are still in our future.

Thus, however, explains my penchant for everything old-fashioned.

I may have to change the form of my telephone from a hard-wired, LAN line cordless system plugged into the wall to a cellphone carried in my coat pocket.  I may have to heat my home with solar, geothermal, and/or wind rather than the current fossil fuels available.  And I may have to give up the tried and true General Mills Wheaties – the breakfast of champions – for a more nutritious protein bar option.

But, for those few things that I can somehow manage to hold constant, I am on-board.

Bring on potato pancakes and King Bing bars.  Give me a pile of leaves and hand me a rake complete with a wooden handle and steel prongs.  Let me haul out box after box of old crazy funny holiday decorations that have lasted multiple decades because they were made in the days of the giants.

Finally, hand me a dented red level to keep me headed on the straight and narrow any day of the week.  And watch my willingness to change grow as I find comfort in keeping some things . . . just a few old-fashioned things . . . in my life constant. 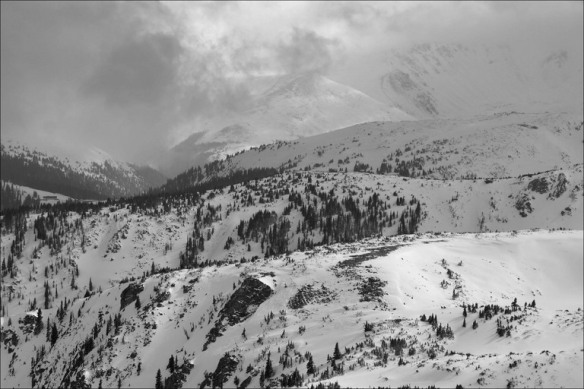 The Rocky Mountains . . . An Old-Fashioned Constant