When I reflect on that moment, I have to admit it was one of the best of my short life.  It was so exhilarating, it is almost indescribable.  And unbelievable as it may sound, though it has almost been a year ago, rarely does a week pass without someone mentioning something about it to me or my daughter.

Heather, my daughter, is my youngest child and only girl.  At 28, she is slight of build, tall in stature and is as even-tempered as her father.  I am lucky as she and I pal around quite a bit together.  And oddly enough, the reason for being together on October 28th, 2011 was due to a very chance circumstance.  But it happened and we were.

The men in our lives were all left behind.  My son hadn’t been feeling well, and my spouse graciously agreed to stay home as caretaker.  He offered his spot to my daughter, and she smartly took it.  So we were off – together – on another adventure of a lifetime.

As happens in most families, she and I have actually shared many mother / daughter lifetime adventures – in all kinds of shapes and sizes from international travel to half marathons, from home building projects to weekends away.   But this event was different.

As we headed out – with all the amenities two people might need including food, clothes, cash, and cameras – my mind could hear a phrase often spoken by a dear aunt of mine who has just enough of a southern drawl to bring out the wisdom of such simple words:  “Nothing more important than making memories.”

Two hours later, we arrived at our destination.  We found a makeshift parking space, abandoned our car, and entered the thick of things.  Downtown traffic was at a standstill.   Banners were strung from every skyscraper and pump-me-up music was blaring on every corner.  Two gentlemen – sans shirts – with their chests painted bright red – strolled by us, singing a rather poor rendition of the national anthem.

Yet, because of the atmosphere, they were nothing shy of adorable – and for this occasion – very typical.  For at that moment, a total of 47,399 individuals were headed towards the gates of a previously empty stadium – each person intent on making their own memories.

Our seats were high-in-the-sky, in what folks might fondly call the nose-bleed section.   And looking out on the crowd, all we could see was a sea of red – as literally everyone had dressed in the team color for the occasion – (or as witnessed earlier, had painted their bodies accordingly).

The two women in front of us were wearing red wigs made of flashing LED lights.  A couple of rows in front of them sat a family who had brought along an assortment of hand-made posters and were waving them madly.

Before the first pitch was thrown, we had both been asked to take family photos for folks around us and had asked the folks around us to take our photo.  Fans were texting, tweeting, facebooking, and calling everyone who didn’t make it into the stadium.   It could only be described as orderly pandemonium.

Of course, not to be missed was the calm and subdued gentleman at the end of our row.

He happened to be visiting a friend who had an extra ticket.  He came along not knowing what to expect, and found all the frantic madness a little quizzical.  He was seemingly disengaged from the surrounding activity, and spent most of his time checking and re-checking his trusty blackberry . . .so we called him Blackberry Man . . .  really the only odd-duck on the pond.

But, as the game began and time began ticking forward, the excitement within the crowd escalated  – and it escalated exponentially. We stood – shoulder to shoulder – from the first crack of the bat to the last, sitting only during the momentary wee breaks between innings.  We shouted  – loud and long – creating an unrecoilable energy that was all-pervasive.  And we bonded – with the 47,399 people who came to the stadium with the same hopes and desires as the hometown athletes.

My daughter and I were  – in athletic speak – in the zone.  We were on our tiptoes, cheering, shouting, clapping, hugging, laughing. And everyone around us, except for Blackberry Man, was doing the same.  For all of us, it was a time of sheer fun and exhilaration. I was quite sure that the game’s outcome wouldn’t solve any great human mystery.  And I knew that days later, I would still be putting on my shoes one at a time. But, for that one moment, the world around us was in sync.

And I learned that anytime the world around us is in sync, it is truly unbelievable.

For today, I can still hear the collective screaming and I can still feel the collective dancing when the hometown team won. Fireworks blasted.  Confetti fell.  Lights flashed, and the music of champions played.  Strangers hugged each other, with even Blackberry Man faintly smiling.

And I can still  see my daughter’s eyes looking at me with such pure joy.

As we walked out the stadium, still shoulder to shoulder with those 47,399 people who were all still more than just a little exuberant, I knew that my daughter and I had made a great memory, a permanent one.

What I didn’t know is  how that particular memory would change my thinking. 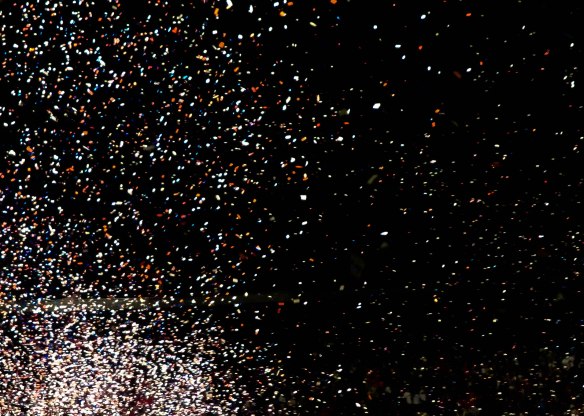 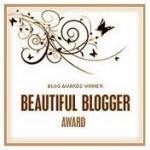